Math has never been my favourite subject during my school days and I’ve always asked why do we need to learn Math. It would have changed my mind and become more interesting if students have been taught how Math can be applied in the real world.

Take for example a simple linear equation y = mx + C, given two points and we can find an equation of the line.

So what’s the big deal with finding an equation of a line and what can it practically do in the real world ??


Suppose you would like to plot a trigonometric function of “sine”, with an amplitude of 10,  over a horizontal range of 0 to 360 degrees, we would find the graph as tabled below

Note that the value on the X-axis is given the same value as the angle θ since we can assign the positive range of the X-Axis from 0 to 360. The Y-Axis represents the amplitude of the waveform.

However, plotting similar graph with Scratch is a different game altogether. In Scratch, the screen has a resolution of 480x360 pixels (FIG.2), such that the X-Axis range from -240 to 240 instead of 0 to 360 as seen from FIG.1 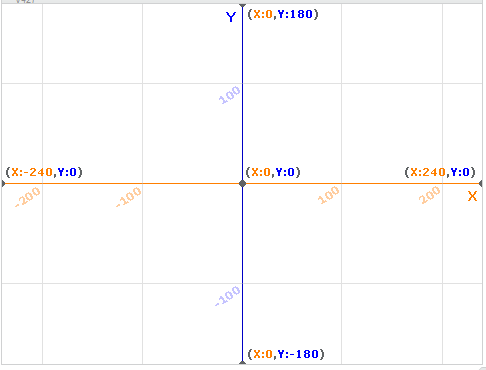 The translation of one range of numbers to another is often called “mapping” or “scalling”.

Note that the x and y in eqn(1) are not the points on the X-Y coordinates of the screen. It’s just an expression of two range of numbers where y represents a set of number and x represents another set.

Re-writing  eqn(1) with its min and max value, we have,

The min and max values of the two sets of numbers are :

Let’s solve for m and C.

Subtracting eqn(2) from 3, we have

Replacing m from eqn(5) in eqn(3), we can now solve the constant C.

Re-arranging the above equation,

We had earlier defined that

Let’s rename the above symbols to make our life easier, i.e,

Renaming y in eqn(7) to x (the desired points on the X-Axis) and replace with the new symbols, we have

We can now plot the graph as shown below.

Below is the Scratch script to plot a “sine” function with and amplitude of 150.


A block is also created to map the above discussed two range of numbers. 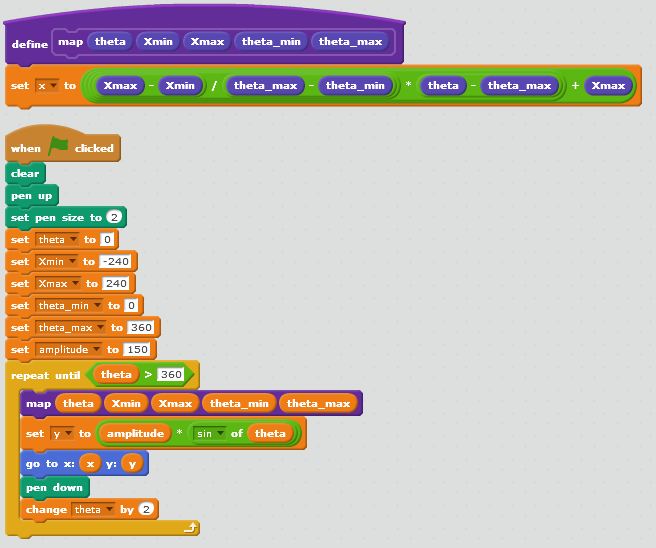 And the graph on the Stage Area is show below 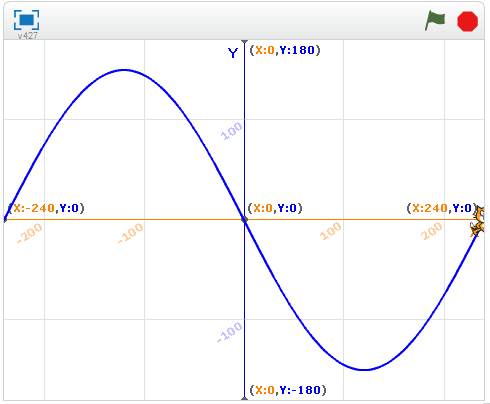 I’ll cover more on the “mapping” subject in my next post, that will involve Arduino and external sensors. Happy Scratching………